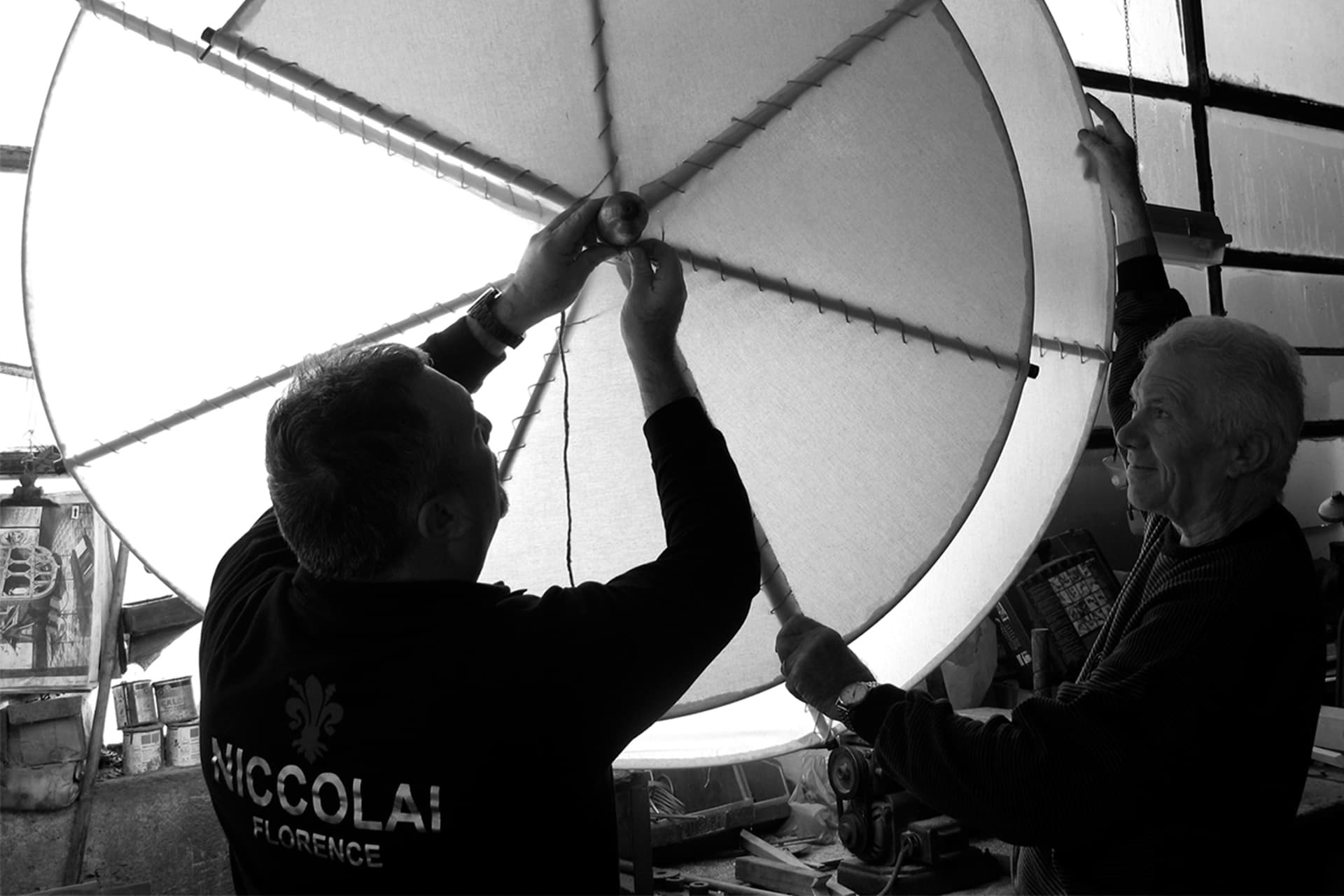 Gabriele and Carlo Niccolai working at the air screw

The story of the Niccolai family began long ago. Around the year 1960, it was Carlo who courageously decided to transform his workshop of objects for Italian high fashion accessories into a bona fide smithy, where manual expertise produced Leonardo’s machines with the highest standards of craftsmanship. Partly out of passion, partly out of the wish to live a new adventure, Carlo began—one model after another-to form a genuine collection of functioning machines, based on Leonardo da Vinci’s designs.

After having acquired and attentively read several pages of the codices of Leonardo, Carlo started to replicate the Renaissance master’s projects in larger scale, even to full natural size, literally turning himself into a carpenter. Working with wood is not a simple craft, especially if one needs to give life, through manual labour, to centuries-old projects that no one had ever executed before.

Carlo, however, would not concede defeat, and thanks to the enterprising efforts of his son Gabriele, he made himself known in academic circles. Obviously, without the contribution of scholars capable of reading, deciphering, and adjusting to artisanal mastery the notes that Leonardo wrote next to his models in the codices, Carlo would never have perfected his models. Among these scholars, we lovingly cherish the memory of Professor Carlo Pedretti and Sara Taglialagamba.

The knowledge and advice made it possible to reconstruct the incredible robot capable of playing the drums. Launching a true, thorough collection, now refined by the academic contributions of eminent scholars, Carlo and Gabriele undertook the parallel path of the organisation of cultural events linked to the name of Leonardo.

They thus began to gain recognition from museums, institutions, and private individuals who wished to possess, even if only for the amount of time necessary for the event, a part of the mind of Leonardo. 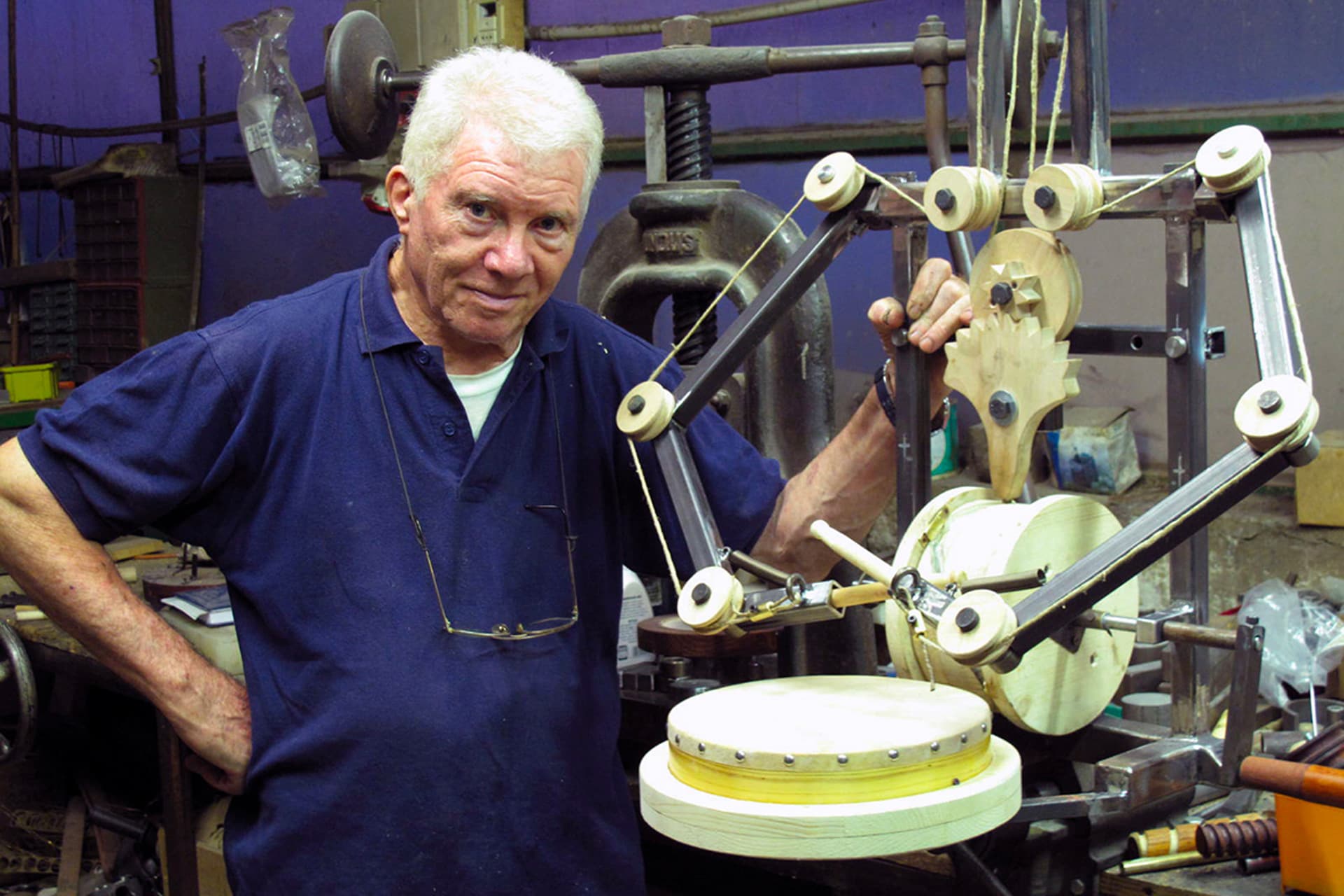 Carlo Niccolai and the robot drummer 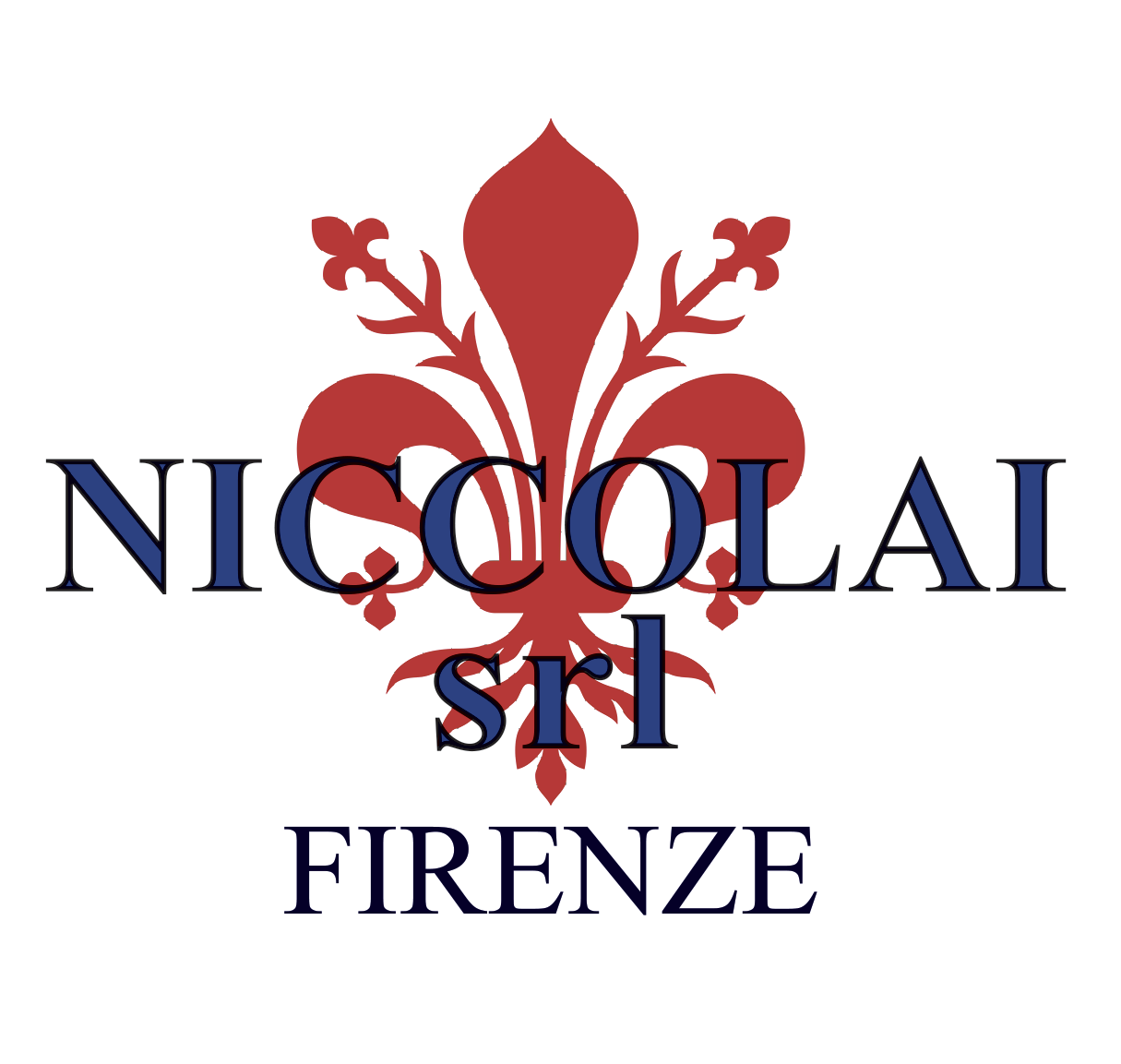